“This is a very hopeful performance... and it’s all done through a magnificent choreography and artistry and dance. By touring the world they are conveying to the world that amidst the war and the terrorism there is another way, there is a better way, that way lies in traditional values and that lies in each of us to give expression to those values in our lives... You have to experience it because it isn’t only a matter of sitting and observing, it’s a matter of relating, of experiencing. And if they [other Canadians] come here they will—as I’m leaving—inspired, and they’ll be energized for their work. [Shen Yun] will convey to them a very positive energy, a sense of hope. And they’ll understand better the true meaning of what it is meant when we speak about truth and compassion and tolerance and that will become part of their values, and part of their lives.” 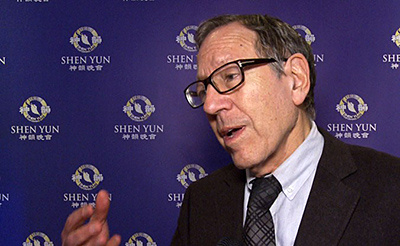